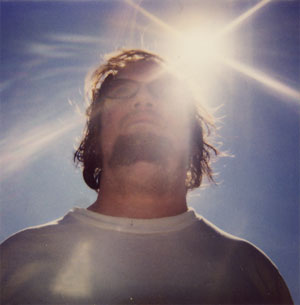 As many know Frank is a multi-talented person. Who has been involved with some great projects whether as a musician or a a producer. I have really enjoyed a lot of the projects that he has been apart of. I have really been looking forward to to interviewing him. Here's what he had to say...........

What one musician has influenced your song writing the most?

I know the answer, "there's not one" is boring but its true. I've never considered myself to be a legitimate songwriter in that I have only been doing it for a couple of years. some of my favorites are Nick Drake, Alex Chilton, David bowie, Rebecca Gates and Lou Reed. I also like the way Stuart Murdoch writes. His simplicity is wonderful, he writes songs sort of the way Hemmingway and Bukowski wrote books and poetry. Their use of simplicity is so precise and clean that their intent and meaning become very powerful. That's what Nick Drake and Lou Reed are for me, so simple that it forces you to hear all of the nuance. I also have some friends that I really admire, people like Jason Martin and Dave Bazan. I don't think they know how much I learn from them. There are also people who have affected the way I listen and arrange music. Burt Bacharach, Henry Mancini, Ennio Morricone are people who I love for there respective "pop" sensibilities, not that someone like Morricone is considered pop but the way he ties themes and "hooks" together within a composition and the way he arranges sections is symmetrical and beautiful to me.

If you could interview your favorite musician, which question would you ask first?

I would ask Dizzy Gillespie how he got himself to such a state of clarity and originality to invent a new style of music. People like Kevin Shields who create something so new and so borrowed that the newness and freshness feel so associated with what we feel. Too often the quest for being new walks all over the honesty of their work, I have a low tolerance for art for arts sake. I like to believe in the honesty and the humility of people's work. When you hear "coco" or "move" you don't hear stark impersonal innovation you hear the honest pursuit of music.

What do you think is your greatest accomplishment so far as a musician?

I think that I'm still getting better as a player a writer and an arranger. As long as I'm moving forward I feel like I'm accomplishing something .

Where was "Conquest Slaughter" recorded, and how long did it take to record?

I recorded conquest slaughter in my apartment in Huntington Beach Ca. What once was the living room of my apartment is now filled with a bunch of musical instruments and recording gear. Since I didn't have a plan to release a record, the recording time was something like 2 or 3 months. I just kept writing and recording in my free time and picked 10 of what I thought could be an ok record.

What's your favorite moment on the record?

Probably "circus cat". Since I track and play all the music myself sometimes the tune comes out kind of boring or stale. That song was the first time I abandoned the use of a click track and stopped punching in lines. I tried to play all of the tracks from start to finish so they were more of a performance than an execution. That helped the tune feel more honest and musical. It also meant that that the end result might not be very precise but it sounds more like me. I'm not a good guitar player so why would I want the guitar part to sound like some contrived crap that I could never pull off without the aid of studio technology.

I really enjoy the piano on the song "Isoflurane." Can you talk about how you came up with that song?

A couple of years ago my best friend contracted the flesh eating bacteria on his back. When I talked to the doctor, he said that he probably wouldn't survive. It wasn't just the fear of losing my best friend or the fear that is associated with death, it was that he was alone. I couldn't bear the thought that in the last moments of consciousness, as the anesthesiologist was putting him under, there was no assurance of anything that was to follow. Whether life or death or what accompanies death. You're powerless.

What are some of the consistent themes intertwined with your lyrics?

I don't like the idea that stories have to have some kind of resolution, life hardly works that way. the nerdy kid in high school rarely gets his due, ugly people rarely discover their inner beauty and when tragedy strikes its usually followed by more confusion than clarity.

You seem to be a very busy man of late. Any upcoming projects that you will be working on?

I will be playing on a new T.W. Walsh album next month - that guy is brilliant. The other things that I will be working are to silly to mention.

What cd's are in your current rotation?

the blue jays, the bad plus, cocorosie.

Do you cook? Is there a essential Frank Lenz dish?

In closing, is there anything you would like to say to those who will be reading this?

No not really, my answers have been long winded and boring enough. thank you